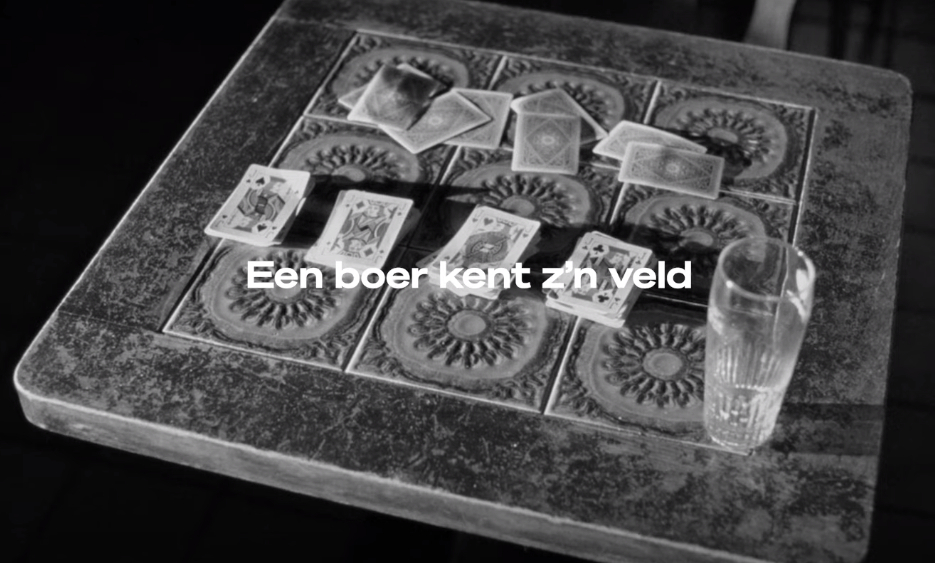 This Sunday, the biggest date in the Belgian footballing calendar kicked off with four of the country’s top teams heading into battle on the football field to win that coveted first place, and be crowned the champions of Belgian football.

Current champions Club Brugge, who are in second place behind Union Saint-Gilloise, launch their support offensive to their fans with a film created by independent creative hotshop Mutant.

‘Patience’ builds on 20/21 season’s ‘The Farmer Knows his Field’. A campaign in which Mutant claimed the derogatory word ‘Farmers’, a cultural reference to the agricultural prowess of the residents of Brugge, as a new nickname for Club Brugge supporters. A name to be proud of since nobody works harder and knows better what to do on a field, than a farmer.

The film refers to the club’s rich footballing history and optimism for the future using a simple but poetic metaphor of the card game ‘patience’ – a game played by one person…with no opponent.

The spot uses real footage from the club’s rich film archives which features Club Brugge previous footballing legends Jan Ceulemans, Gert Verheyen and Timmy Simons. The footage is interspersed with cinematic shots of a ‘Farmer’ playing patience. The numbers of the cards he deals are synonymous with the archive clips featuring players with that same shirt number. The card game does not end on the Kings, as it should, but on the 4 Jacks, better known as ‘Farmers’ in Dutch.

Bob Madou, Chief Business Officer of Club Brugges: “The Farmer plays a card game in his local pub. Not against someone else, but against himself. Patience. This is also how we want to kick off the Champions’ play-offs. We only look at ourselves with confidence in our own abilities.”

Roxane Schneider, Art Director at Mutant: “We shot on 16 mm and in black and white to capture the poetic metaphor of the game ‘Patience’ as pure as possible. But also to keep The Farmer mysterious, we never see his face, only his silhouette and big worker’s hands. The black and white images also provide a beautiful contrast to the images of Club Brugge’s colourful past.”

Campaign is running on the clubs social and digital channels during the coming weeks for the duration of the playoffs.

Classics Can Be Remixed by Magnum Ice Cream