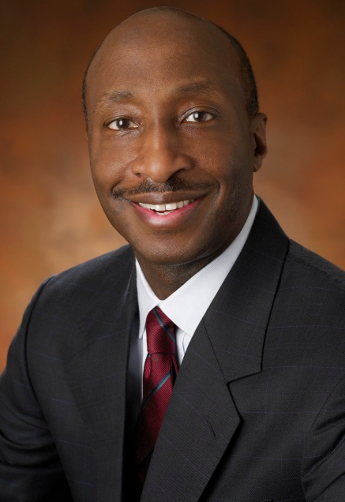 I attended a lunch yesterday in Chicago to honor the Executives’ Club CEO of the Year, Ken Frazier of Merck & Co. I knew bits and pieces of his story. I also knew him up close and personally because we worked together on the Penn State crisis nearly a decade ago, when he was asked by his fellow trustees to oversee the Freeh investigation into Coach Joe Paterno and the football program. His first statement at the University’s press conference the day the Freeh Report was released was brave and big: “I am ashamed on behalf of the university.” He went on to accept the recommendations of the Report and commit the University to fundamental change.

Ken was raised in North Philadelphia, by his own account, in a very tough neighborhood. His parents had moved from South Carolina to the big city in the early 1900s. His dad had a third-grade education and worked as a janitor. But his parents knew the value of education and were able to arrange for young Ken to be admitted to a top Philadelphia school that was 90 minutes and three bus lines away. He worked for spending money as a dishwasher in a notable Philadelphia restaurant, Bookbinder’s. That was his first taste of segregation, with certain better paid jobs (captain, waiter) reserved for Whites.

He went on to Penn State and then Harvard Law School. He worked for a decade as a practicing attorney, specializing in jury trials. But his favorite assignments were non-profit, most notably the 10-year process of freeing a man who was on death row awaiting execution for a crime he did not commit. After he won three trials for Merck, he was recruited by legendary CEO P. Roy Vagelos into the company, overseeing PR and public affairs. Later he became general counsel, helping the company to manage the four years of litigation on Vioxx. He went on to become CEO, a post he held for a decade until he passed the torch last summer to Robert Davis.

He talked about his resignation from President Trump’s Manufacturing Council in response to the former President’s ambivalent remarks about the march in Charlottesville, VA in 2017: “My personal values and the values of the company must coincide for me to involve the company. I was going to resign in any case. My board unanimously backed my decision to make it as CEO of Merck.”

He addressed the OneTen program which aims to create a million jobs for Black Americans, which he co-chairs with Ginny Rometty, former chairman, president and CEO of IBM: “Blacks have a net worth that is 10 percent of whites. Only 25 percent of Blacks have a college degree. We need to get business to look more broadly at skill sets, to accept those with a two-year community college degree or military service. We must address persistent intergenerational gaps in wealth.”

He also was passionate about voting rights legislation: “It is the job of the CEO to stand up for the basic American right to vote. That is not political. It is a minimum standard for a democracy.” He worked with former American Express CEO Ken Chenault to get corporate America to publicly oppose restrictive voting rights bills in states.

He acknowledged that advocacy by a CEO on one issue can easily create expectations on a broader set of questions. Merck, for example, said nothing about gun control or abortion, despite employee pressure.

Ken ranks in the top five of clients whom I have worked with in my 44-year career. He understands the value of what we do, the necessity of truth in communications. He appreciates the broader mandate of business as a force for good in society. He treats his colleagues as family. He wants the hard questions and proper debate; nothing of the emperor expecting fealty and submission. He is truly worthy of this award.