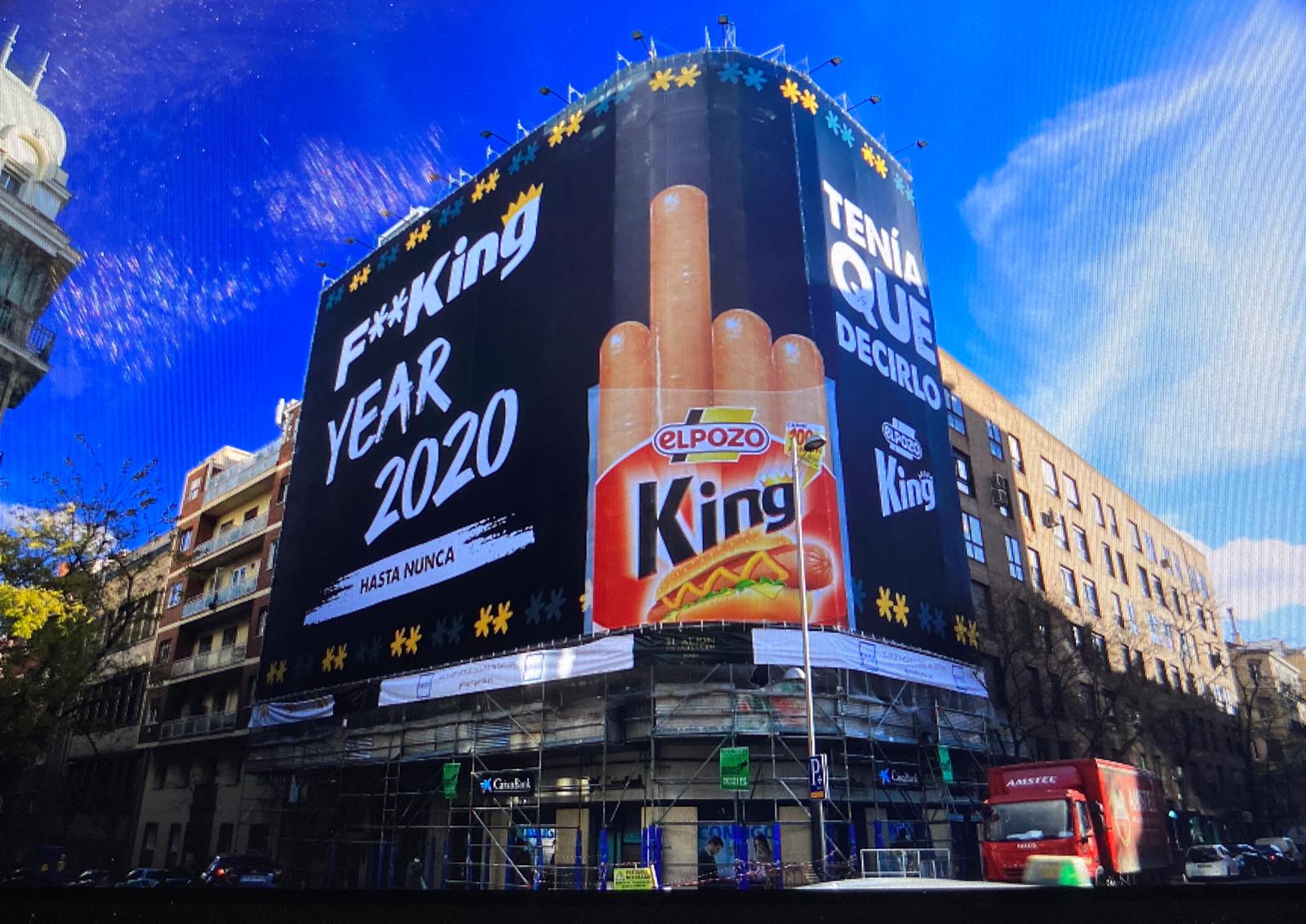 RK People, in a humorous way and to say goodbye to the year, has turned the brand positioning F**KING GREAT used by elPozo KING to voice what all the Spanish people are thinking; “F**KING YEAR 2020”.

Spain is a country where people usually say things as they think of them. For this reason, elPozo King wanted to be the reflection of what a tired and fed up society feels about the year we are living, and say goodbye to the year by clearly telling it to go away and not to come back.

With a canvas located in one of the points with the highest human traffic in Madrid (Calle Zurbarán with Almagro), and targeted to a single audience; in the year 2020, the brand has launched an action that aims to send a message of encouragement to the Spanish people with its peculiar irony and good vibes.

The elPozo KING´s Commitment to People:

The new food brand initiative, according to Ivan Pulido Iglesias, Brand Manager of the elPozo KING, “part of the desire we have to leave behind all the negatives that 2020 has brought us and move on with hopes for a better 2021”.

This campaign, which has started with this “F**KING YEAR 2020” in Zurbarán, will also be linked to social networks with the participation of influencers.

It is a RK People creative idea

The agency RK People signs this action for elPozo KING. As Diego Martínez-Casariego, Executive Creative Director of RK People, states, “a simple sentence born from the positioning of the brand, and an explicit gesture born from the product itself, is able to convey the feelings of the whole population, at a time when discouragement has to give way to hope, and whatever comes can only be better.

The best creatives of the year in Punta Cana: TopFICE 2022

Learn more about the agencies that will take home awards from Luum, Switzerland