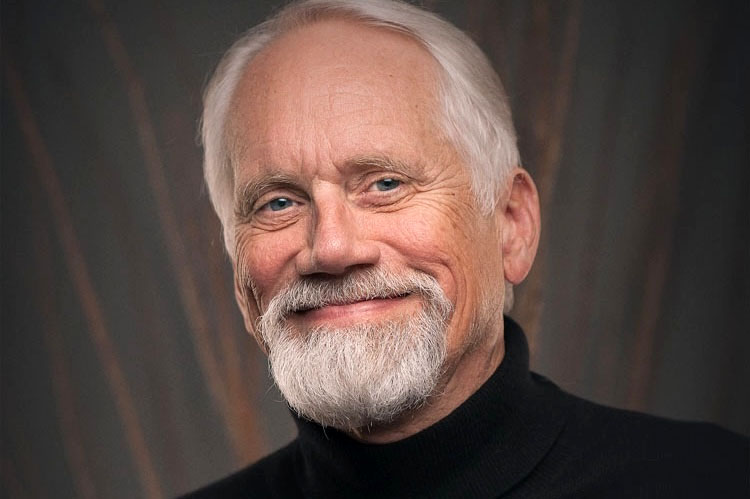 In memory of Dan Wieden

On September 30, 2022, Dan Wieden, beloved father, husband, friend, and famously the co-founder of independent advertising agency Wieden+Kennedy, passed away peacefully with his wife by his side in his home in Portland, Oregon at the age of 77 years old.

Wieden was born on March 6, 1945, in Portland, Oregon, to Violet and Duke Wieden. He attended Grant High School and graduated from the University of Oregon in 1967 with a degree in journalism. He briefly worked in public relations before trying his hand at copywriting, beginning a life-long career in advertising.

He met and married his first love Bonnie Scott (Wieden) in 1966, and together they had four beautiful children: Tami, Laura, Cassie and Bryan. Dan and Bonnie were married for 42 years before she passed away in 2008.

Wieden found his second love and married Priscilla Bernard (Wieden) in 2012, his partner with whom he joined families and lived out the rest of his life.

In his early career, Wieden worked for Georgia-Pacific, a forest products company in Portland. He spoke of this job, and the day he was fired from it, as the day he received the freedom to fail. He would take this spirit with him and practice it in every future endeavor.

He then became a freelance writer before joining advertising agency McCann-Erickson, the agency that did marketing for Georgia-Pacific. His jump into advertising followed in the footsteps of his father Duke, who had been in the advertising business. It was at McCann that he met his creative partner, the late David Kennedy.

McCann-Erickson closed its Portland office when Georgia-Pacific relocated in 1981. Dan Wieden and David Kennedy moved to the William Cain agency, where they worked together on a lumber account as well as a growing upstart from nearby—Nike.

On April Fool’s Day, 1982, Wieden and David Kennedy founded Wieden+Kennedy. With a card table, a few chairs, some cardboard file cabinets, and one client—Nike. After being told by Phil Knight, the founder of Nike, that he ‘didn’t believe in advertising’, the pair set about making some of the most iconic advertising campaigns in history. Wieden famously coined the Nike tagline ‘Just Do It’ in 1988.

Today, Wieden+Kennedy is the world’s largest independent advertising network with offices around the world, over 1500 employees and thousands of alumni. The agency works with some of the world’s most well-known brands and is known for its iconic advertising. A writer at heart, Wieden’s intention was never to create a huge advertising agency but rather to provide a place where people could do the best work of their life.

Wieden+Kennedy’s growth and success is proof of Dan’s vision—an independent, creatively led agency, founded to be different from the rest, making meaningful work for its clients. Wieden famously said he would burn the place down before selling the agency, and ultimately put the agency into a trust, ensuring that it will remain independent forever.

Wieden was incredibly philanthropic, actively devoted to causes and organizations close to his heart, family and hometown, including SEI, the National MS Society, Literary Arts, EcoTrust, Hopewell House, PICA, Friends of the Children, Pachamama Alliance, Oregon Symphony, Portland Art Museum, Warm Springs Museum, American Indian College Fund and many more. In 1996, Wieden and his family founded Caldera Arts, an arts and environmental summer camp in Central Oregon. The idea was to bring young people with limited opportunities together with talented creative professionals to encourage youth to find their voices. Today, Caldera has transformed creativity from a small summer camp to a thriving year-round community enriching thousands of young people’s lives every year.

While Wieden never formally retired from the agency he founded, he stepped into a chairman role and away from active agency life in 2015.

Wieden was honored with many awards and accolades during his life. He was inducted into the One Club Hall of Fame, the Art Directors Club Hall of Fame, the American Advertising Federation Hall of Fame, received the President’s Award from D&AD, the lifetime achievement award from CLIO, and in 2012 was given the Lion of St. Mark award by the Cannes Lion International Festival of Creativity. He received the prestigious University of Oregon Pioneer Award in 1999 and was named Oregon’s Entrepreneur of the Year and Oregon’s Professional of the Year. In 2011, he received the Catalyst Award from AdColor, for pushing diversity in the industry, an award that he often said was the most important one he ever received.

What Are Marketers Talking About When We Talk About Effective Creativity?