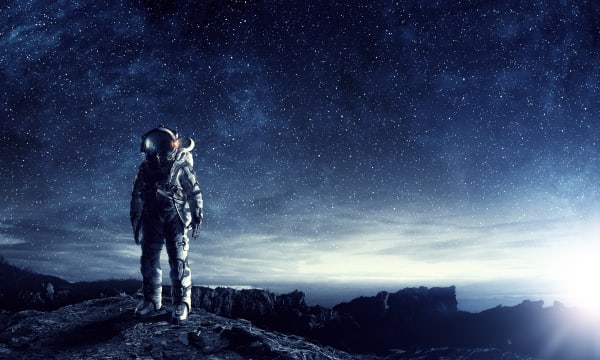 With the UK and US Governments upping their investment in the lucrative space sector, and space travel becoming increasingly accessible and prevalent the world over, new research reveals that close to half (46%) of UK and US consumers agree that the commercialisation of space could act as a destabilising force to peace and cooperation on Earth.

Wunderman Thompson Commerce’s Space Commerce: A Giant Leap for Enterprise report – which surveyed over 4,200 consumers in the UK and US – found that a third (36%) believe that billionaires’ forays into space are for their own gain, while fewer than one-in-six (15%) consumers believe that those trips are for the betterment of the human race. What’s more, a fifth (19%) of consumers are actively worried about the commercialisation of space in the future.

It’s unsurprising, then, that when it comes to who should be responsible for all things space-related, the majority of consumers agreed that it should not be in the hands of the billionaire “astropreneurs”. Instead, the favoured option, identified by a quarter (26%) of consumers, was a blend of individuals, corporations and governments, while a similar number (25%) believe the onus should rest firmly with governments and space agencies alone.

However, that doesn’t mean that consumers don’t believe those same pioneers might still win out in the end. According to the report, Elon Musk is the favourite to win the commercialisation “space race” in being set to benefit most from space commerce; with government agencies in second place and Jeff Bezos taking the third spot.

And yet the space race saga could pay dividends and consumers are excited about what it might have to offer; indeed, according to the report, almost half (47%) of consumers would be interested in applying for jobs in space should there be an opportunity to do so.

And, while consumers purport to dislike the idea of a corporate owned orbit – with almost half (44%) disliking the idea of adverts and billboards in space – more than half (55%) would be happy to pay a premium for a product from space if it arrived faster.

What’s more, a third of consumers (31%) believe the commercialisation of space could benefit them personally. Elsewhere, (55%) would pay a premium for “out of this world” products if they were exceptional – showing there’s still much to be done to demystify the idea of business in space and tap into this newfound consumer demand.

“Business owners are heads down battling the day-to-day challenges of operating in a post-pandemic environment. But, in order to stay ahead of the curve, it’ll be about looking up and understanding the business potential space could offer. While the noise around Shatner, Bezos and Branson visiting space can be distracting, there are some real-life benefits for consumers and businesses that we all should be evaluating.

“What’s crucial now is finding the right balance – we shouldn’t let the astropreneurs’ first mover advantage allow them to control the future of space for their own benefit – and we also can’t allow them to curtail the advantages that their space pioneering will offer us consumers either. After all, whether it’s for quicker delivery, unique products or services, or mining space for natural resources, the potential for change is ready and waiting. And, fortunately for businesses, consumers are excited to see this brave new world – for the most part at least.”

The definitive ranking of Super Bowl Ads by Edelman Creatives