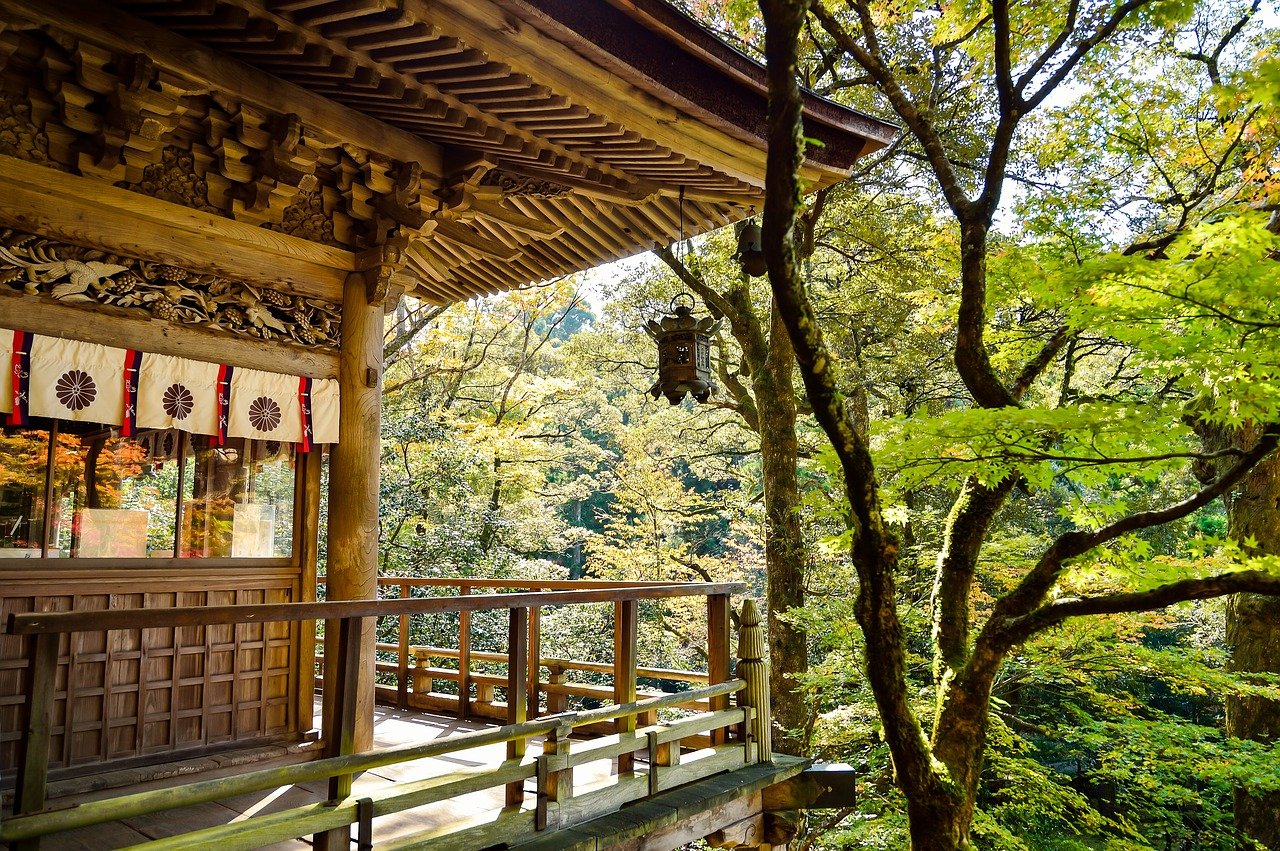 A different world awaits just a few hours away from Tokyo, a part of Japan that has historically developed almost independently of influence from the capital city. Six prefectures make up Tohoku—Miyagi, Fukushima, Iwate, Aomori, Akita and Yamagata—together they create a rich tapestry of cultures and landscapes that bind together Tohoku’s past and present.

A stepping stone to Japan’s north

Miyagi Prefecture, flanked by the Zao mountains in the west and brilliant coastlines in the east, is the Tohoku region’s most populous prefecture. The city of Sendai, seat of the powerful Date clan in feudal Japan, remains an important cultural and logistical hub, connecting Tohoku and Tokyo. Close to the city center, Osaki Hachimangu Shrine stands as a proud reminder of that glorious past, with each carving ripe with detail and meaning. Founded in the early 17th century, this opulent structure is a rare example of architecture from the Momoyama period (1568-1600).
Just a 40-minute train ride northeast of Sendai city lies Matsushima Bay, a place so beautiful it is said to have rendered 17th century haiku poet Matsuo Basho speechless. One of Japan’s three most scenic spots, the 260-odd pine-clad islets that dot the bay have drawn visitors to witness their beauty for centuries.

Journey into the feudal past

In the castle town of Aizu-Wakamatsu in Fukushima Prefecture, Japan’s feudal history can be sampled in Oyakuen Garden. A medicinal herb garden dating back to the early 1400s, visitors can sip on matcha at the teahouse while gazing over the pond, or amble through an estate of roughly 400 herb varieties that grow here.
Heading westward from Aizu-Wakamatsu, a train ride along the 84-mile Tadami Line traverses dense forests and sharp mountains where few outsiders dare to explore. Along this track is the breathtakingly picturesque No.1 Tadami River Bridge. Many photographers make the trip to Mishima-juku—arguably the best viewpoint along the Tadami Line—just to snap a photo of this iconic bridge.

The outdoors and the wild

Lake Towada lies on the border of Aomori Prefecture, and it is the largest crater lake on Japan’s main island of Honshu. Over 1,000-feet deep and originally created by a violent volcanic eruption about 200,000 years ago, this dual caldera lake now peacefully mirrors the sky, mountains and beech tree forests that surround it.
To the west, the Gono Line’s colorful Resort Shirakami trains connect Aomori and the neighboring Akita Prefecture, hugging the rugged west coast for much of the journey. Outside the wide windows, blossoming apple trees and a snowcapped Mount Iwaki transform into views of brave surfers battling the waves in sandy bays. On board, Tsugaru shamisen musicians strum furiously at the three-stringed thick-necked instrument with an infectious energy.

At Senjojiki Station, you’ll find a 7-and-a-half-mile stretch of raised green tuff bedrock that the station is named after. The bedrock made its first appearance in 1792, when it rose from the sea after an earthquake. Senjojiki means one thousand tatami mats, and it memorializes a time when an 18th century feudal lord spread out hundreds of mats here for a banquet.

The warmth of nature and the welcome of its people

Tucked away in Akita Prefecture’s southeast corner, hot steam billows from the crevices at Oyasu Gorge, creating pearls of condensation that smell faintly of sulphur. Make the most of this potent gift from Mother Nature and stay at a nearby inn to envelope yourself in the soothing mineral-rich waters that bubble forth.
Glancing out the window on an Akita Nairiku Line carriage offers visions of central Akita’s open fields and tree-topped hills. A stop at Kaminiokai Station offers an opportunity to connect with locals at the Wakuwaku Market, where they sell seasonal fare, handmade crafts and are happy to teach you a word or two in their dialect.

A blend of the past and present

In Yamagata Prefecture, an arduous trek up 1,015 stone steps awaits those who visit Risshakuji Temple. It’s commonly known as Yamadera, which translates to mountain temple, because of its location on a precipitous cliff. It was first founded in 860 AD and used as a training temple for monks. Those who brave the journey to Kaisando Hall, a temple structure that teeters over the edge of a sheer rock face, are rewarded with panoramic views of the verdant valley below.
Further west in the coastal Shonai region, Shonai Hotel Suiden Terrasse is a newer Yamagata landmark. Constructed in 2018, the hotel ties together local customs, food and stories as seamlessly as it infiltrates its natural surroundings, ensuring its connection to the region’s past and present.

The definitive ranking of Super Bowl Ads by Edelman Creatives