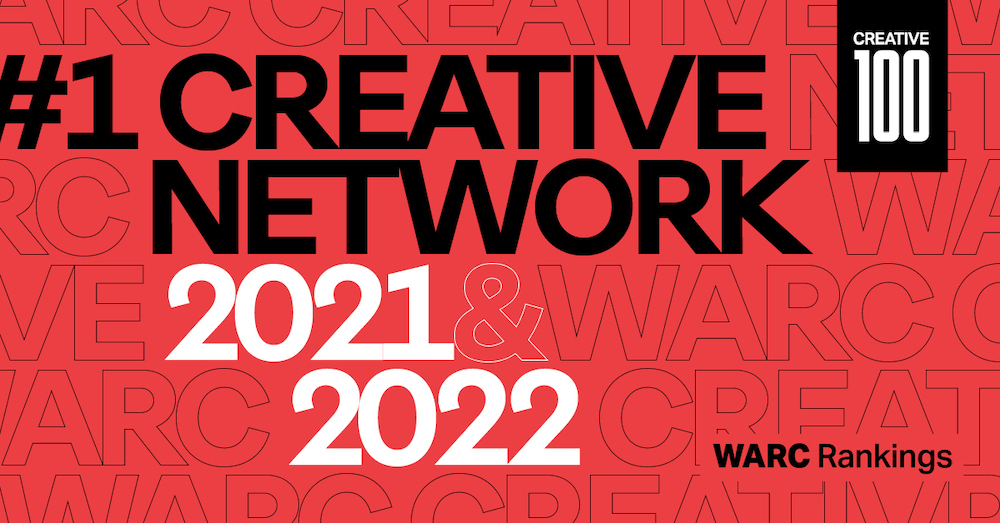 Ogilvy is proud to announce that the World Advertising Research Center (WARC) has named Ogilvy the most creative agency network in the world for the second consecutive year. WARC today released the results of its annual Creative 100 ranking of the most creative agencies, networks, and campaigns in the world. The WARC Creative 100 is the definitive benchmark for creative success based on results from the most prestigious global and regional industry competitions.

Liz Taylor, Ogilvy’s Global Chief Creative Officer, said: “It’s thrilling to be named the most creative network in the world by WARC. Earning this designation for the second consecutive year speaks to the hard work and dedication of our teams across the globe who continuously deliver unforgettable ideas that have an impact for our clients. This accomplishment is also a testament to the borderless creativity that unites our network across geographies, capabilities, and cultures. I want to thank everyone at Ogilvy for their contributions, and our brave and valued clients for their partnership, collaboration, and trust.”

The WARC Creative 100 is a ranking of the world’s most awarded campaigns and companies for creativity. It tracks the results of creative award shows around the world, and acts as a benchmark for creative excellence, allowing marketers to compare their performance with that of their peers. The 2022 WARC Creative 100 was compiled from global industry competitions including Cannes Lions, D&AD, The One Show, Clio Awards, and London International Awards, along with regional competitions such as Spikes Asia, Adfest, Eurobest, Golden Drum, Dubai Lynx, Loeries, and El Ojo de Iberoamérica.

Its not just about a business making a profit, but what they are doing for change.